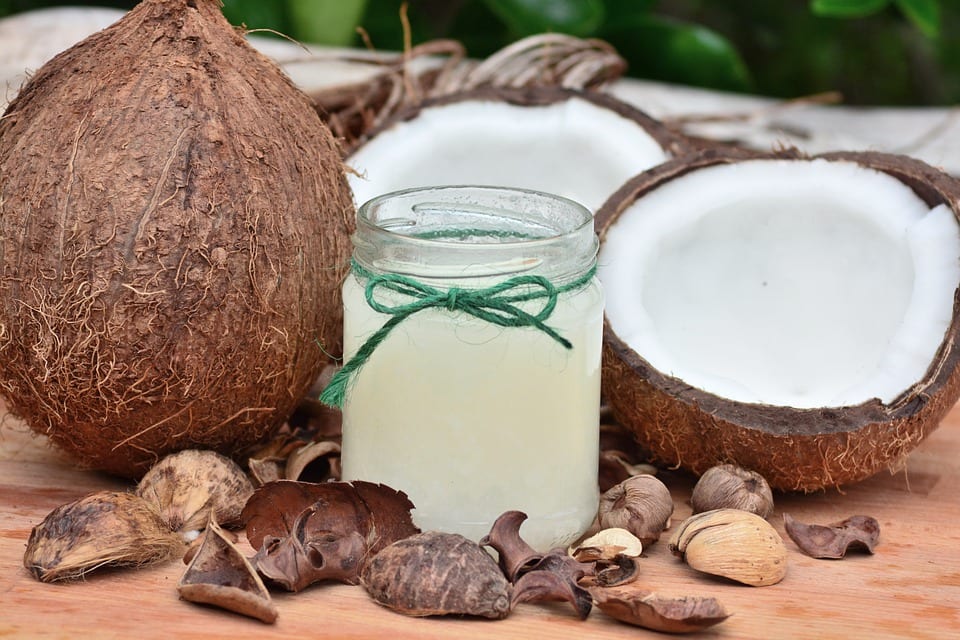 Coconut oil, xylitol and other super foods – are they certainly healthy?
Interest in healthy eating is growing from year to year, and fashion has entered the world of cooking and gastronomy. You eat coconut oil, agave syrup, xylitol … Is it worth eating popular super foods? Are these products healthy?

Coconut oil is currently one of the most commonly used frying products. Advertised as healthy, it is not recommended by experts due to its composition.
It contains 91.9% saturated fatty acids (NKT), and only 6.4% monounsaturated and 1.5% polyunsaturated (EFA). NKT are responsible for the increase in the level of “bad” cholesterol (LDL), which is associated with an increased risk of cardiovascular disease.

Coconut products are traditionally consumed in significant quantities by the inhabitants of Southeast Asia. The diet of the local population includes large amounts of foods rich in dietary fiber, while the intake of sugar is low. These factors cause that cholesterol levels in the region are often normal. Interestingly, in immigrants who settled in the USA and adopted local dietary habits, there appeared diabetes, obesity or hypertension.

Coconut oil can be used in moderate amounts, provided that your diet will be similar to Asian. The diet should contain large amounts of vegetables, fruits, fish and seafood. Pork chop fried on coconut oil? This is not a good idea!

Agave syrup appeared in natural food stores as a substitute for sugar. It is recommended for people with diabetes due to the low glycemic index. Manufacturers praise its natural production, according to the old Mexican recipe. And how is it really?

Agawa is a succulent that occurs in the Americas in a desert climate. The core is used for processing, including starch and inulin. The juice is obtained from it, which is subjected to a thermal or enzymatic treatment in order to obtain a syrup with a high degree of fructose concentration. The syrup is then filtered and refined.
As a result of these treatments you get basically pure sugar, without additional health-promoting elements. So what is the different agave syrup from beet sugar? Nothing, except the raw material from which it is made!

Xylitol is also sold under the name birch sugar, because it was formerly obtained from birch bark. Currently, it is made of maize.

Chemically, the xylitol molecule consists of a sugar molecule and alcohol molecule. Xylitol is sweeter than beet sugar, but has a calorific value as much as 40% lower than it and a glycemic index fourteen times lower than sucrose. That’s why it is recommended as a sugar substitute for diabetics and slimming people.

Xylitol is not a completely harmless food. In people with a sensitive digestive tract it can cause diarrhea, so use it should start with small doses. During the day, you should not consume more than 15 g of xylitol, including that contained in processed products. The packaging contains xylitol as substance E-967.
Note: this is a deadly agent for pets – for example, in dogs it can lead to irreversible liver damage.

Jack fruit is the fruit of the bread tree. It has been known in Asian cuisine for thousands of years. It is the largest of arboreal fruits – ripe ones can weigh even more than 30 kg. In Asia, it is consumed raw and processed, in the form of marinades, pastes, jams, ice cream and as a spice. It also has edible seeds that after roasting and grinding can replace cocoa.

In the ripe state, jack fruit is similar to the combination of apple, banana and mango, while the immature resembles pork in taste, which is why it gains more and more supporters among vegetarians and vegans.

The fruit consists of:

It is also a good source of fiber, thanks to which it regulates the functioning of the gastrointestinal tract and prevents constipation.

How To Drink Green Tea For Weight Loss