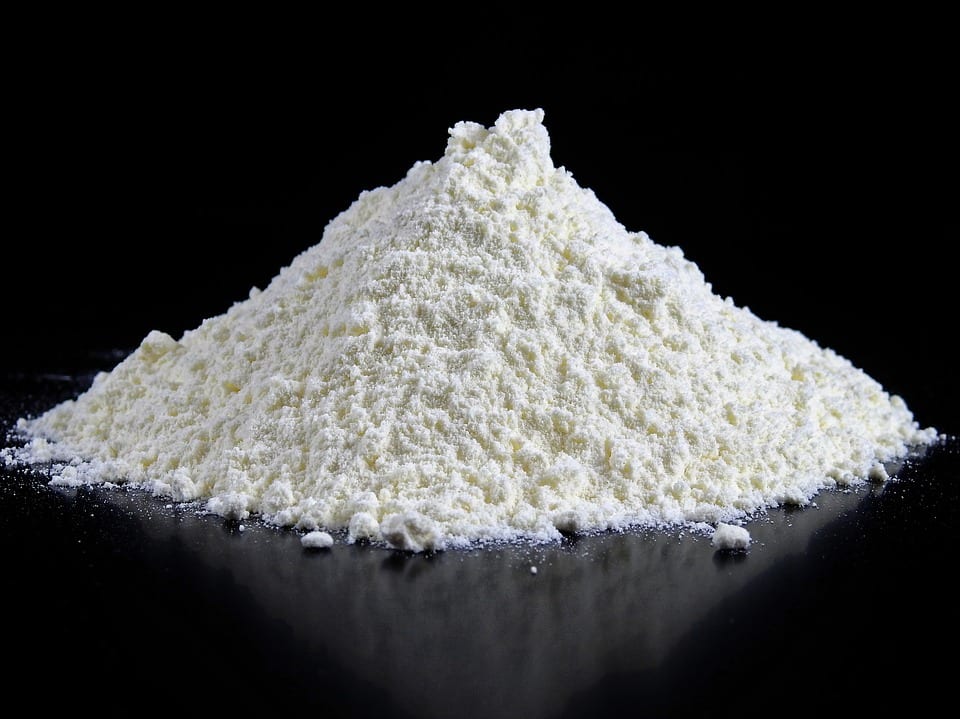 A diet without flour – is healthy?

Flour is one of the most popular products, present in almost every kitchen. It is the basic ingredient of bread, pasta and cakes. It can also be found in breadcrumbs, sauces and also in ready-made food. Many people, however, decide to eliminate flour from the menu, without clear medical indications. Is it right? Is the diet without flour healthy? Does it help you lose weight? What is it worth replacing?

A diet without flour, which excludes flour from gluten grains is now becoming more and more popular. For many years, we have been talking about a gluten-free diet in the context of celiac disease or allergy to gluten. Recently, new information has also appeared regarding the adverse effects of wheat currently grown. Scientists believe that today’s wheat has nothing to do with this cultivated hundreds of years ago and does not contain so many beneficial nutrients.

It is a fact that in some people the consumption of flour, especially ordinary wheat flour, may contribute to the development of many unpleasant ailments, including:

It is also sometimes heard that wheat and its products disturb the hormonal balance and metabolism, can promote the development of type 2 diabetes, allergies, heart disease and many other ailments. It is no wonder that recipes for a cake or bread without flour are becoming more and more popular. Is it right?

Flour substitutes – what to replace with wheat flour and rye flour?
People deciding to give up wheat flour or rye flour have many interesting alternatives. What should be added to your favorite dishes instead of traditional flour?

Instead of wheat flour, you can also use rice flour. The most popular is white rice flour, but it is also made of brown rice. It contains a lot of B vitamins, fiber, magnesium and zinc. It can be used to prepare desserts or as an addition to cakes. Industrially is used in the production of pasta and rice cakes. In turn, millet flour, in addition to B group vitamins, also supplies iron and copper. It works great when thickening sauces and soups. However, it has a characteristic, slightly bitter aftertaste, so it is worth mixing it with other flours, especially when making pancakes or cakes.

Chickpeas flour is perfect for pancakes and cakes. The product gives an interesting, yellow color. On the other hand, peanut flour can also be used in breadcrumbs, giving them a light nutty aftertaste. An equally interesting proposition is the walnut and hazel flour, which is a good addition to baking and baking of meat and vegetables.Auburn flour consistency resembles ordinary wheat flour, but due to the lack of gluten it does not grow so well. It gives a sweet, slightly nutty aftertaste. You can even prepare dumplings from it. Cassava flour well thickens soups and sauces, it works well when baking bread, cakes and pies. It is neutral – it does not give the dishes taste or smell.

Does the fatless diet lose weight?
It is common to say that flour kills and sugar is a white death. Although these words are greatly exaggerated, there is a grain of truth in them. Many specialists claim that it is not fats that contribute to overweight, but the flour products and carbohydrates found in them (this also applies to whole grain flour products). It turns out that the glucose level after eating such a product grows rapidly and to compensate for it, the body begins to rapidly release insulin. And this insulin is responsible for putting extra kilos around the stomach. In addition, such blood glucose jumps make us hungry, which often satisfies unhealthy snacks.

The diet without wheat by Dr. Davis has become very popular recently. It is a gluten-free diet, which, however, is not intended for people suffering from celiac disease or those who are allergic to gluten. It is a slimming diet. Dr. Davis argues that by eliminating products containing gluten from the menu it is possible to shed even 11 lb in 2 weeks.

How does a fat-free diet affect your health?
According to specialists, many people using a gluten-free diet do not have strict medical indications. They also believe that the use of such a diet at the time may have an adverse effect on health. Removing flour from the diet deprives the body of many beneficial nutrients – vitamins and minerals. Therefore, people who do not have problems with gluten tolerance should not give up eating flour. A flour-elimination diet can be harmful, just like any other eradication diet, because its inappropriate use can cause problems in supplying the necessary nutrients to the body.

However, if we decide to give up ordinary flour, remember to include suitable substitute products containing fiber, vitamins, minerals and unsaturated fatty acids in your diet. According to the recommendations of the Institute of Food and Nutrition, carbohydrates should be the basis of our diet (and provide not less than 55% of the total amount of energy). There are currently many products on the market to replace ordinary flour (wheat or rye) and products prepared from it. There are plenty of possibilities – buckwheat noodles, cakes based on mashed beans or cornbread. However, let’s remember about proper balancing of your diet.

How To Drink Green Tea For Weight Loss